Driving conditions from Denver were slow, as reported by several people -- two to three hours from Denver to the tunnel.

Ski and snowshoe conditions varied throughout the day with snow, blowing snow, blizzard-like, to "not bad" at the end of the day, then more snow late and blowing snow again!!!

The competitors however were okay, the temperature was not too cold, especially in the lodge.

We were glad to see the group from Montbello High School. They did well on the snowshoes and seemed to have interest in coming back again.

Jen reported that one control was not there -- however, upon further investigation, it was still there when Sharon picked it up, but Sharon thought maybe not quite at the mid-point of the trail curve. 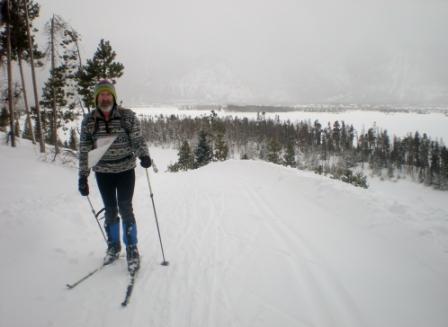